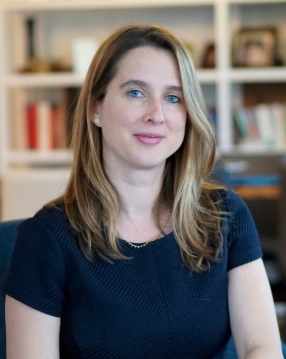 My research interests include modern and contemporary political philosophy, social theory, the history of political economy, feminism, republicanism and democratic thought. My work asks how individuals can be free in a world dominated by economic, social, racial and gender inequality. I have published articles on Rousseau, Kant, Constant, Jacobinism and popular sovereignty in journals such as the American Journal of Political Science, The European Journal of Political Theory and The European Journal of Philosophy. I also co-edited Republicanism and the Future of Democracy (Cambridge University Press, 2019, with Yiftah Elazar).

My book manuscript, Sharing Freedom: Republican Democracy from Rousseau to Durkheim, offers a critical analysis of French republicanism tracing its birth in the uneasy adaptation of an elitist republican tradition to the democratic circumstances of a large and diverse country during the Revolution. French republicanism developed out of this founding moment as an egalitarian and inclusive theory based on freedom as non-domination that aims at solidarity. Yet a series of difficulties follow from the specific aspiration of this republicanism understood as a theory of the emancipation of the many rather than the freedom of the few. Two paradoxes emerged—the paradox of republican emancipation and the paradox of national universalism—which have greatly jeopardized its success from the nineteenth century till today. My book contends that it is time for republicans in France to take stock not only of its many historical failings but also of its internal theoretical shortcomings.

My second book manuscript, tentatively titled Rousseau’s Economies, focuses on Rousseau’s economic thought and its importance for democratic theory. It emphasizes his early criticism of the mechanisms that announce the domination of capitalism and his controversial proposals to alleviate the sufferings that modern subjects impose upon themselves.

I can be reached at genevieve.rousseliere@duke.edu.